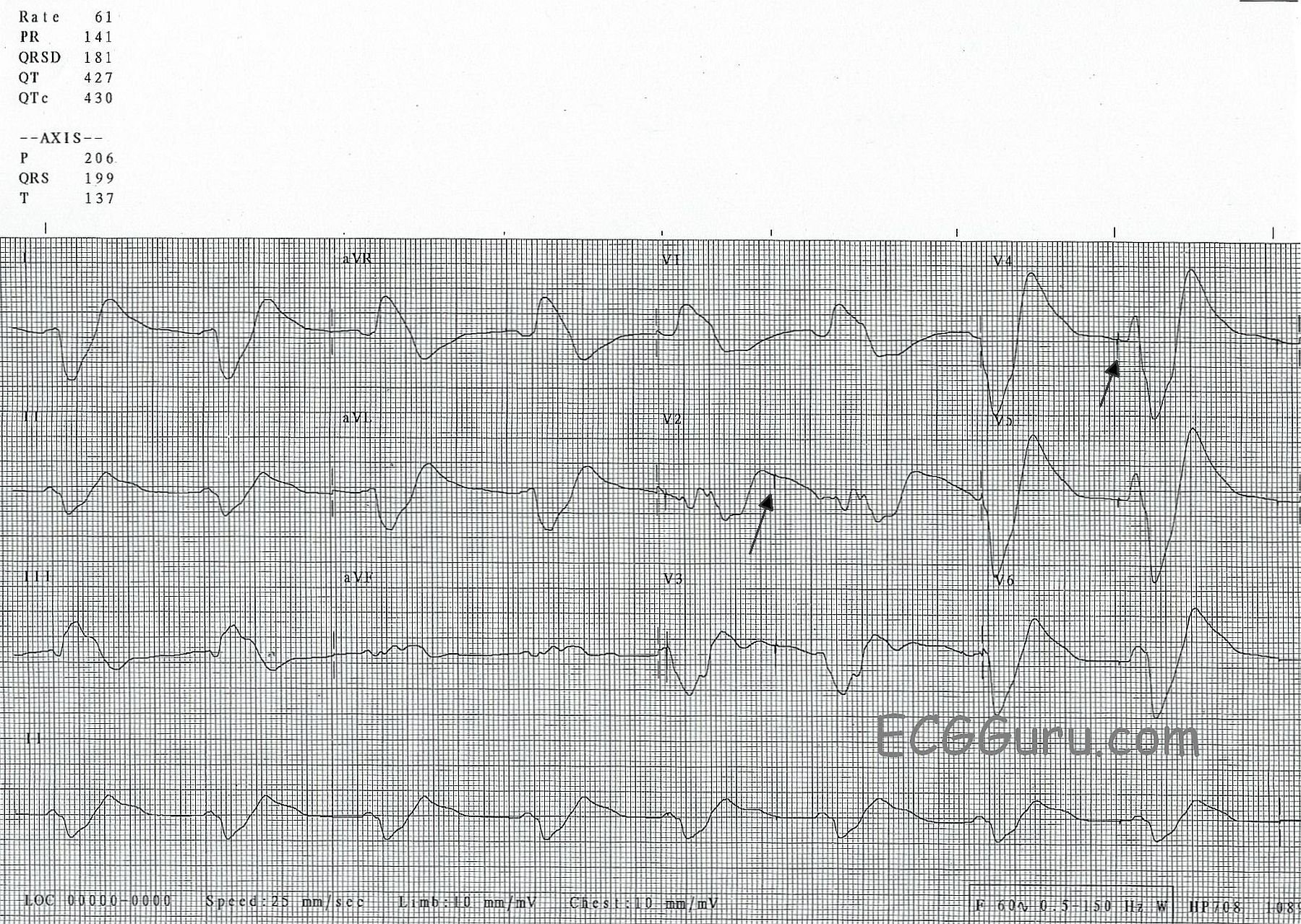 This ECG was taken from an elderly man who was in acute renal failure, and had presented to the Emergency Department via EMS.  He was weak and hypotensive.  We have no other medical history or clinical information.

The most noticeable feature of this ECG is the wide QRS, which is difficult to measure because there is no distinct J point at the end of the QRS complex.  As a result, the QRS blends into the ST segment and T wave.  The T waves are extremely wide.  At a rate of 61 bpm, it is almost bradycardic. It appears that P waves may be present in some leads (like Lead II) - but, if so, the PR interval looks short.  It is difficult to tell where the P wave ends and the QRS begins.  Also, there are occasional pacer spikes, which are not capturing.

This is the “sine wave” rhythm of extreme hyperkalemia.  This pattern usually appears when the serum potassium levels are well over 8.0 mEq/L.  Had we seen the earlier ECGs, we might have had more warning, because the ECG in earlier stages of hyperkalemia shows us distinctive peaked, sharp T waves and a progressive intraventricular conduction delay (IVCD).  See example. The intervals progressively widen, the P waves lose amplitude until they disappear altogether.  It is as if someone is holding the tracing at each end, and stretching it apart.

At this stage, this is an immediately life-threatening condition, but usually treatable.  Quick action must be taken to prevent cardiac arrest.