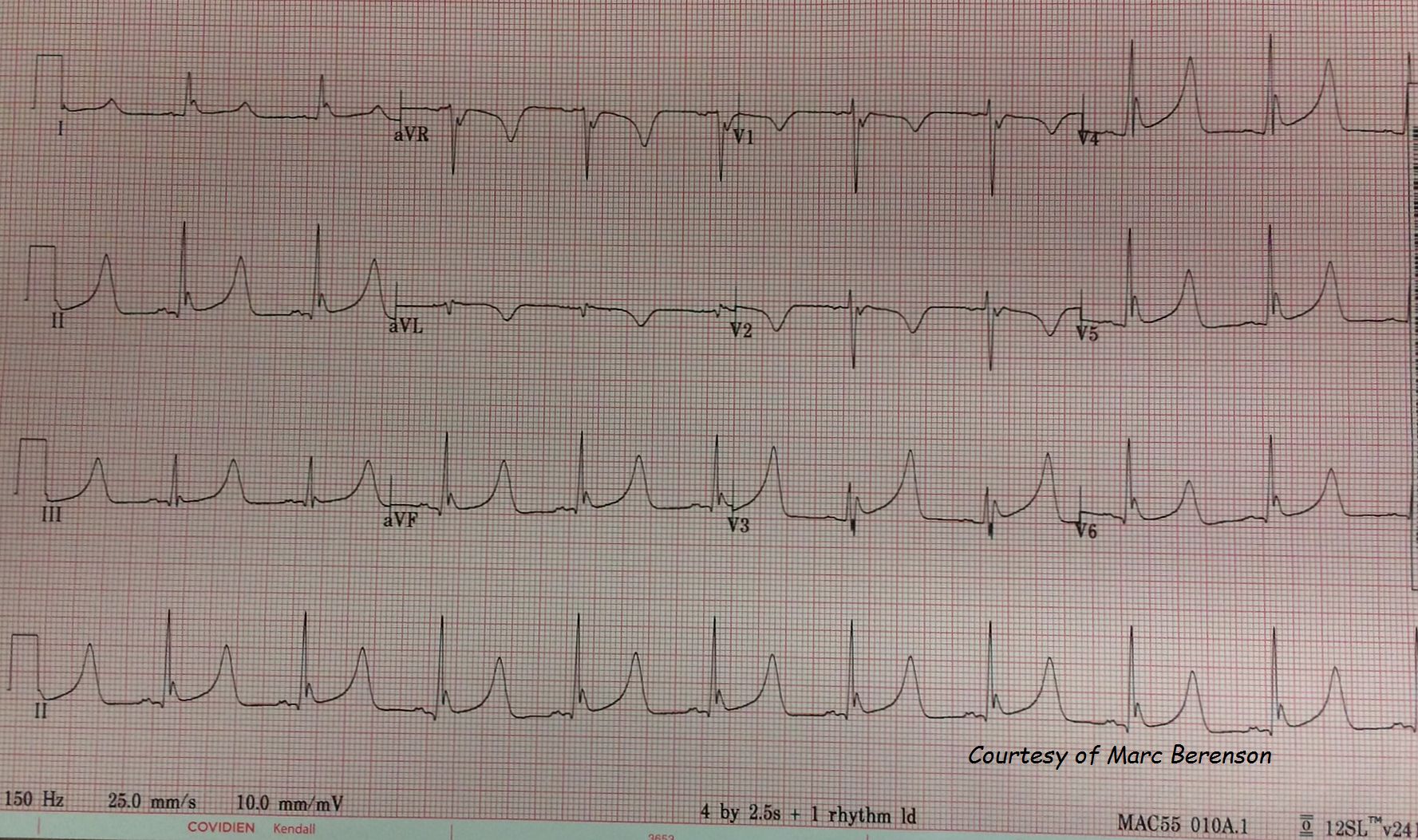 Jason's Blog: ECG Challenge of the Week for Sept. 16-23. What probable clinical disorder is this tracing suggestive of?

Unfortunately this 12-lead ECG is over 20-years-old, so I have very limited information to go on but this is what I do know about it.