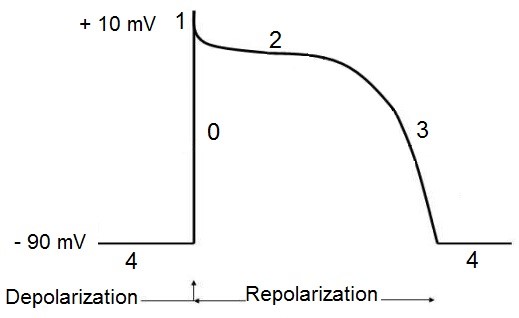 The absolute refractory period is a physiologic state – it begins with the onset of the action potential at Phase 0 and represents the period involving all of depolarization and that part of repolarization during which no amount of stimulus can result in another action potential. 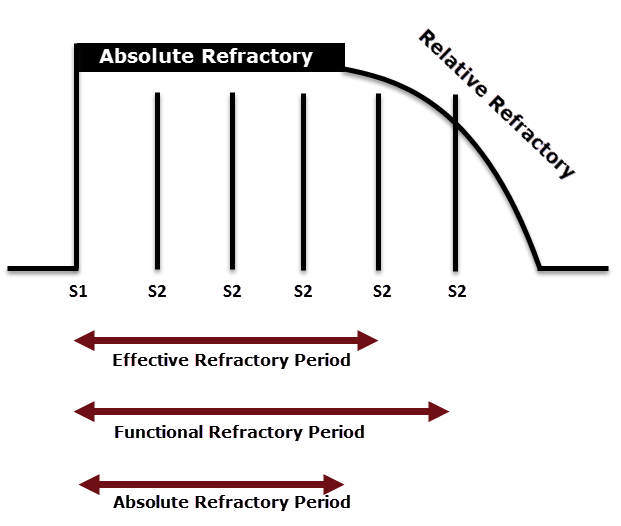 The electrophysiologist, however, finds it more practical to measure from a programmed stimulus (S1) that initiates an action potential to the earliest point at which a sufficiently strong stimulus (S2) is able to initiate another depolarization. Thus, the functional refractory period is a measurement between two programmed stimuli – once again, S1 and S2 – and covers all the same territory as the effective refractory period. But again, this determination is voltage- and time-dependent with the strength of the stimulus and the coupling interval (the interval between S1 and S2) affecting where the first depolarization occurs.