This strip was obtained from a woman who presented to her doctor’s office with hypertension. While there is some artifact in the baseline, it is possible to determine the presence of P waves, thanks in part to having two leads to assess.  We have provided an unmarked version of the strip for you to use, and also a marked version for the sake of this discussion.

The underlying rhythm is sinus bradycardia, at about 60 bpm, but with some slight variation in the P to P intervals (about 920 ms to 1040 ms). Because of the artifact, it is difficult to determine the exact P to P intervals, and the exact morphology of the P waves. So, we can’t say for sure that the P waves are all alike.

The AV block occurs at a 3:1 ratio.  That is, for every three P waves, one is conducted and produces a QRS complex.  When the P waves are not conducted, an escape rhythm occurs.

The escape rhythm occurs at an escape interval of about 1720 ms.  In other words, when a QRS does not occur by that time, the escape beat is produced.  It appears to be from the AV junction, in spite of the slow rate, because the escape QRSs look like the sinus conducted QRSs.  Both sinus and junctional rhythms are conducted along the bundle branches and produce the same QRS morphology.  The QRS complexes are approximately .08-.10 seconds wide.  Note that QRS complexes numbered 3, 5, and 7 have a P wave fused to the beginning of the QRS, making the QRS look wide when it is not.   A junctional escape rhythm results from AV block in the AV node, as the junction is the first available pacemaker below the AVN.

This patient was scheduled for a treadmill stress test in her doctor’s office, which was cancelled. She had no cardiac symptoms at the time of the ECG, except the above-noted hypertension.  Unexplained bradycardia, especially when accompanied by AV node blocks, should trigger an assessment for inferior wall M.I., since the inferior wall of the LV shares a blood supply with the SA and AV nodes in the majority of people. 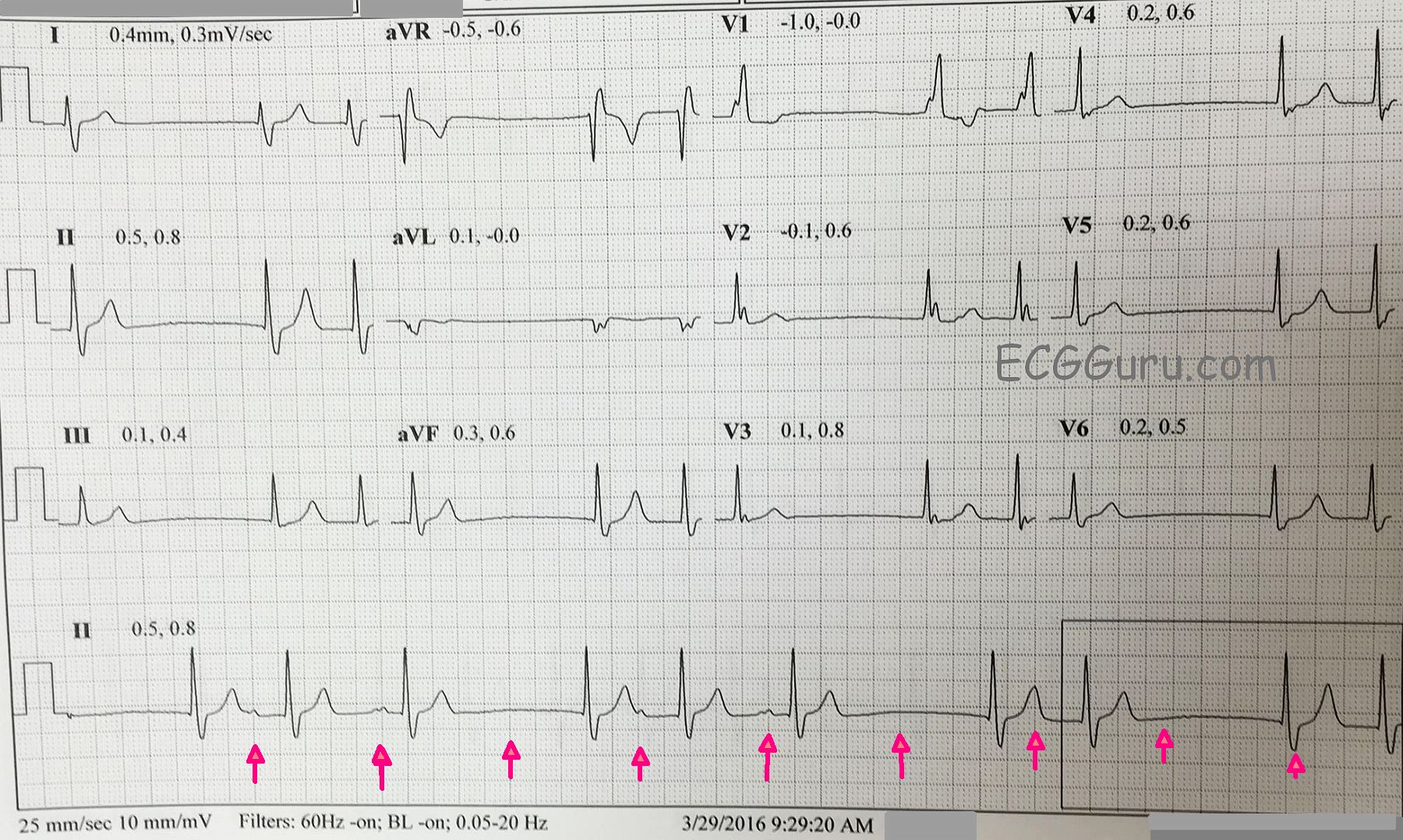 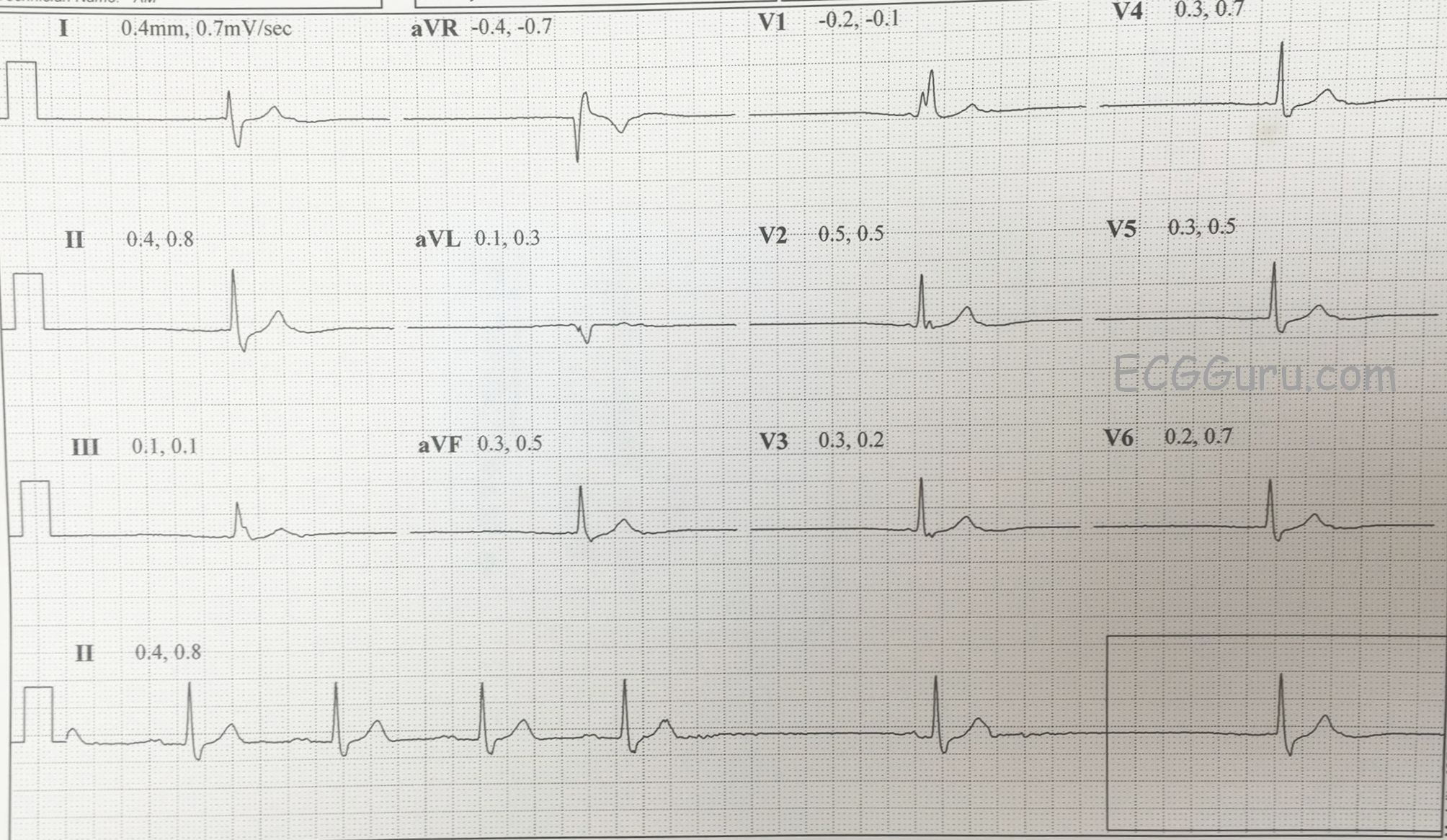 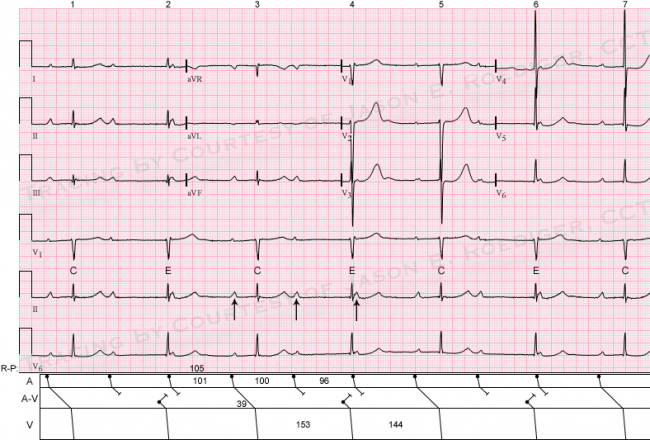 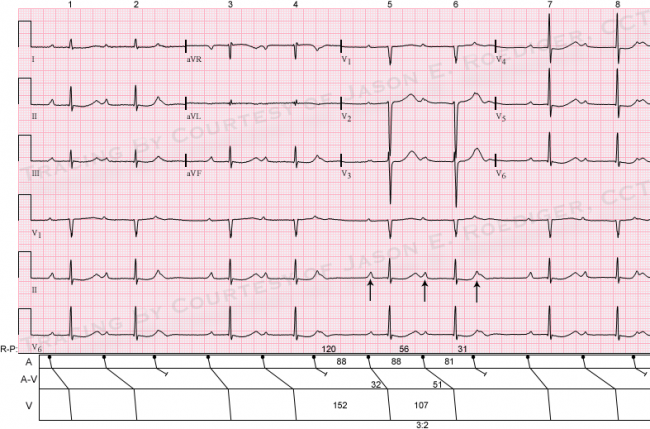 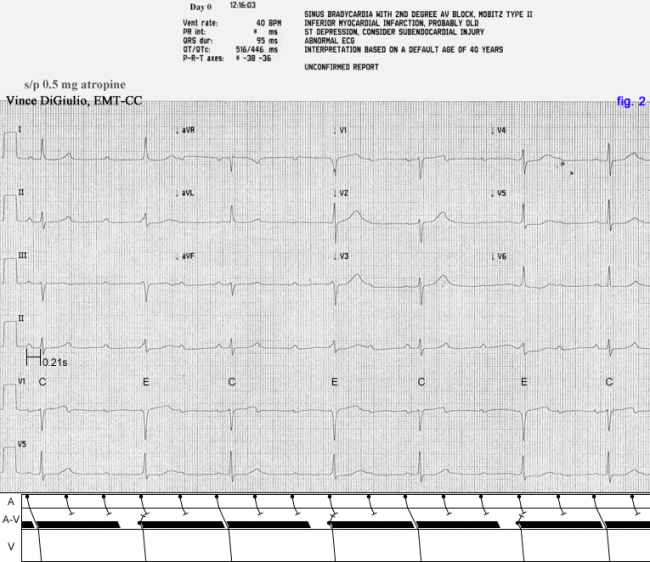 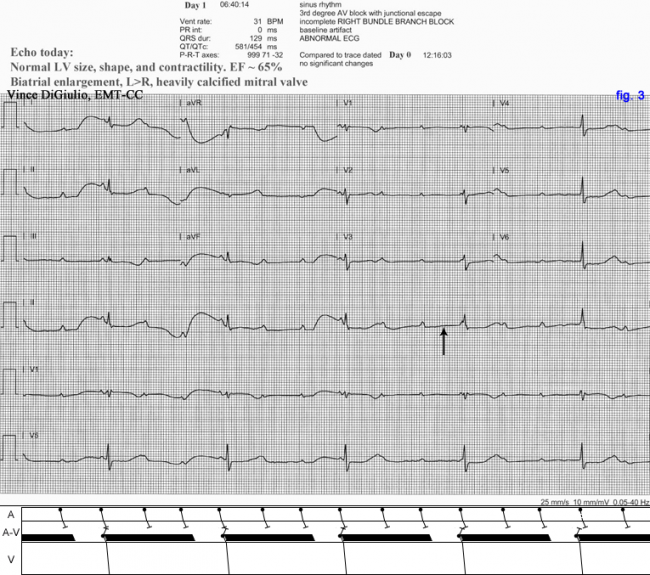 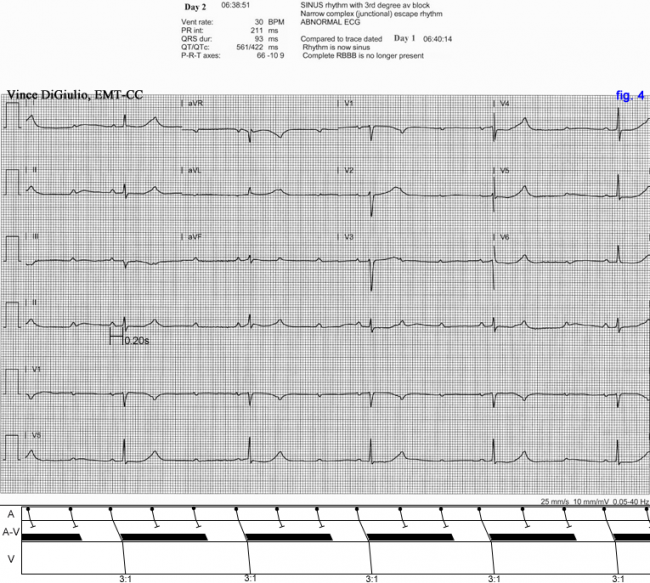 This week, in addition to my own blog, I'm going to feature a guest case study by Guru member Vince DiGiulio, EMT-CC.  This past Monday, Vince messaged me (along with Dr. Ken Grauer) on Facebook and requested my input and opinion on these serial ECGs.  With Vince's blessing, he gave me permission to use any of his original 12-lead ECGs here on the Guru.  Of his 6 ECGs, I've decided to post 4 of them here.