This is an original illustration by Dawn Altman. You may use it free of charge to enhance your presentations or student handouts. Click on image, or right click and SAVE image. 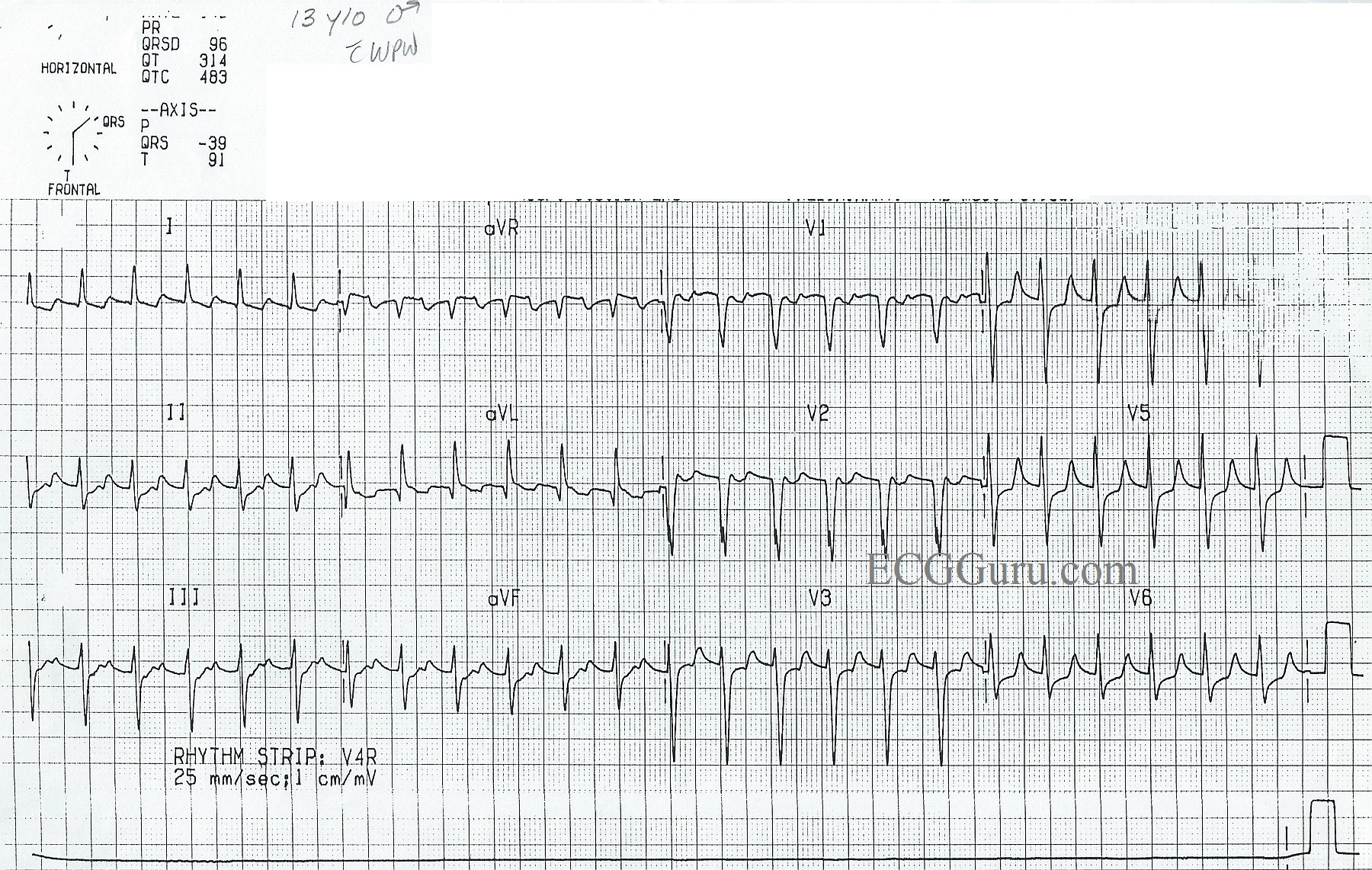 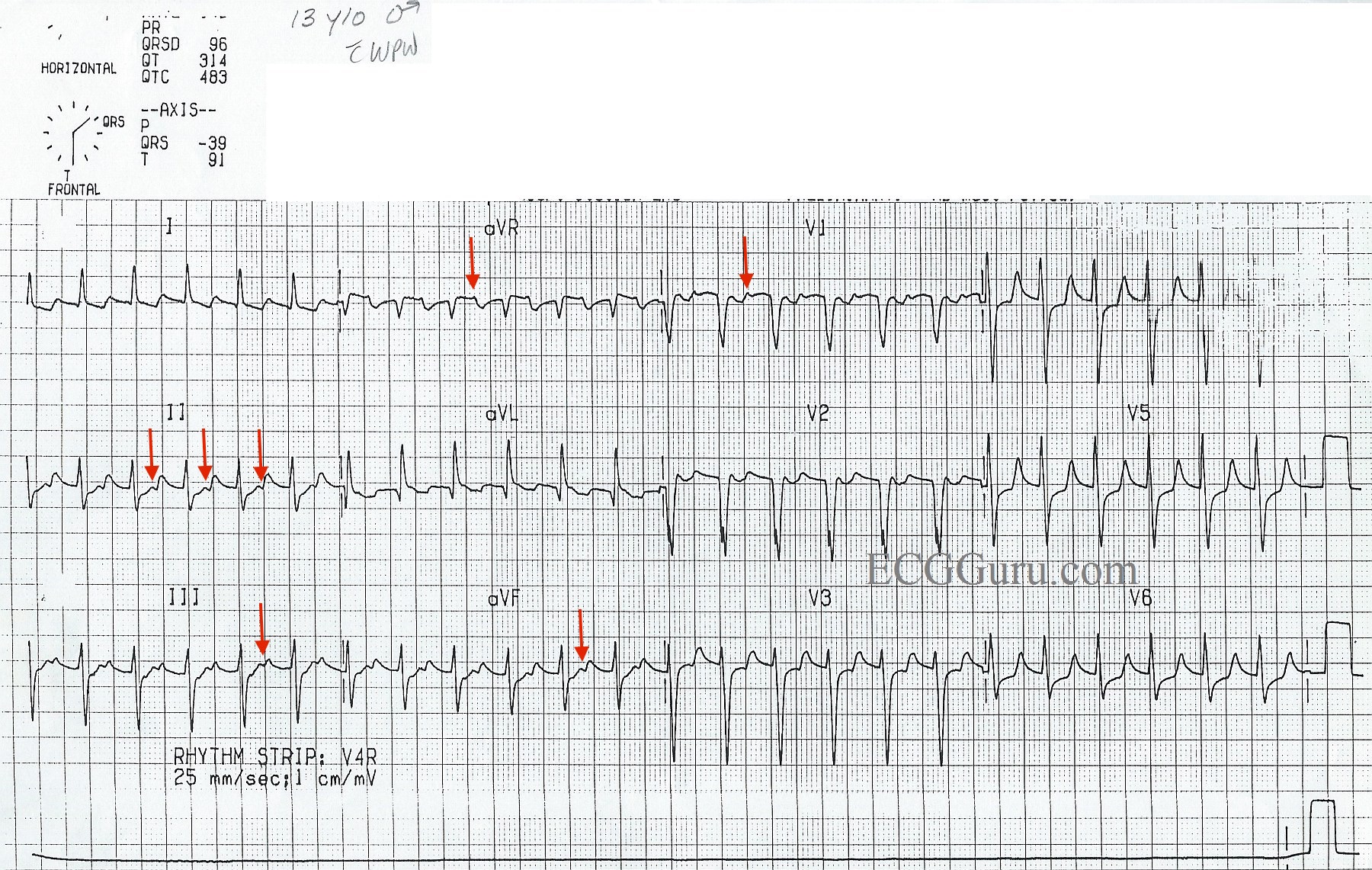 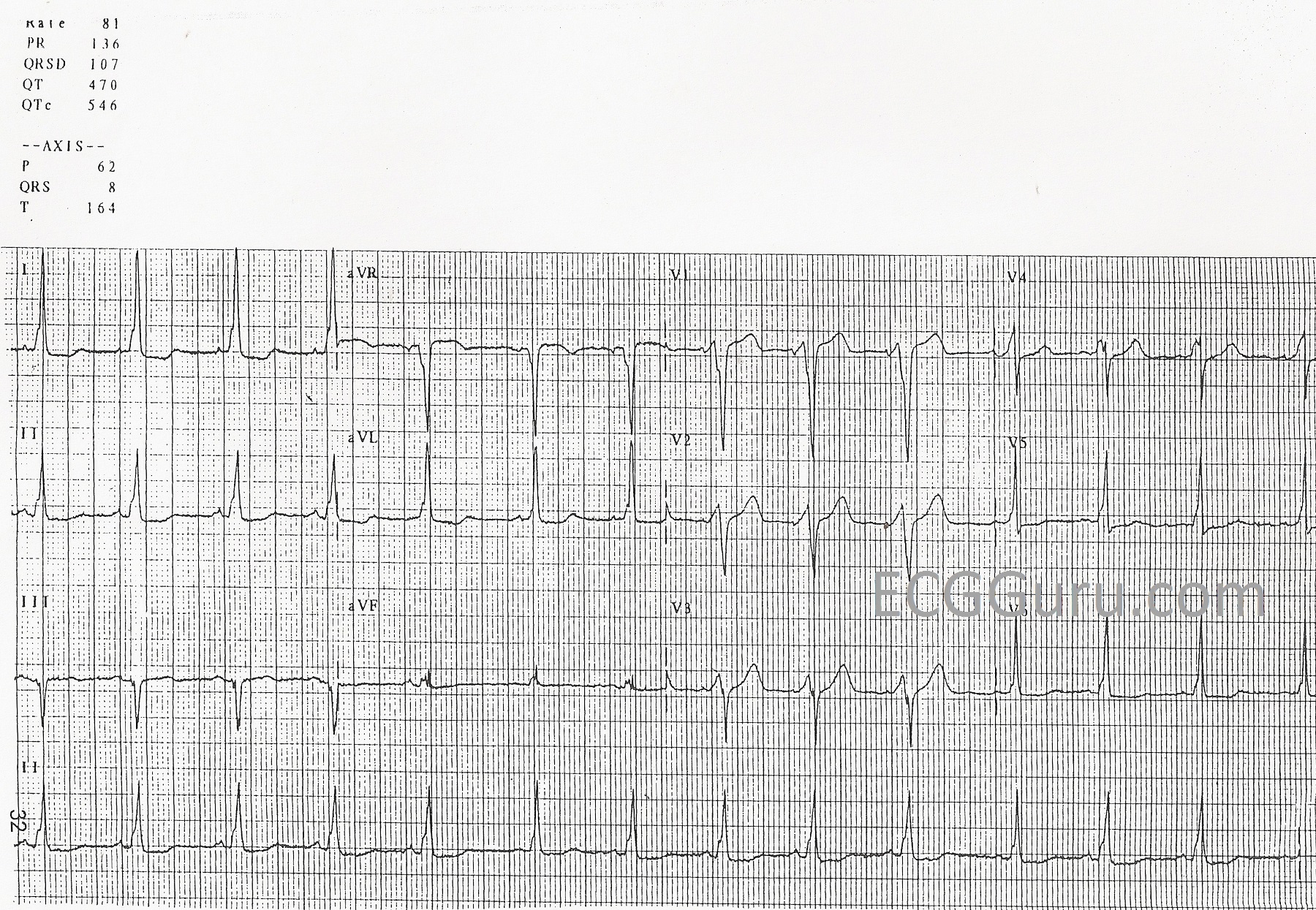 Wolff-Parkinson-White Syndrome in a Four-Year-Old Girl WPW is one of the "pre-excitation" syndromes caused by an accessory pathway that bypasses the AV node. This pathway is called the Bundle of Kent. This ECG clearly demonstrates the "delta wave" caused by the atrial impulse traveling around the AV node and pre-exciting part of the ventricle. These delta waves are best seen in Leads I and V4 - V6. The delta wave in Lead II is a small notch. A short PR interval is also seen. The accessory pathway can, along with the normal pathway through the AV node, form a circle or circuit, making the heart vulnerable to re-entrant tachycardia. This ECG is from a four-year-old girl who had not been previously diagnosed.