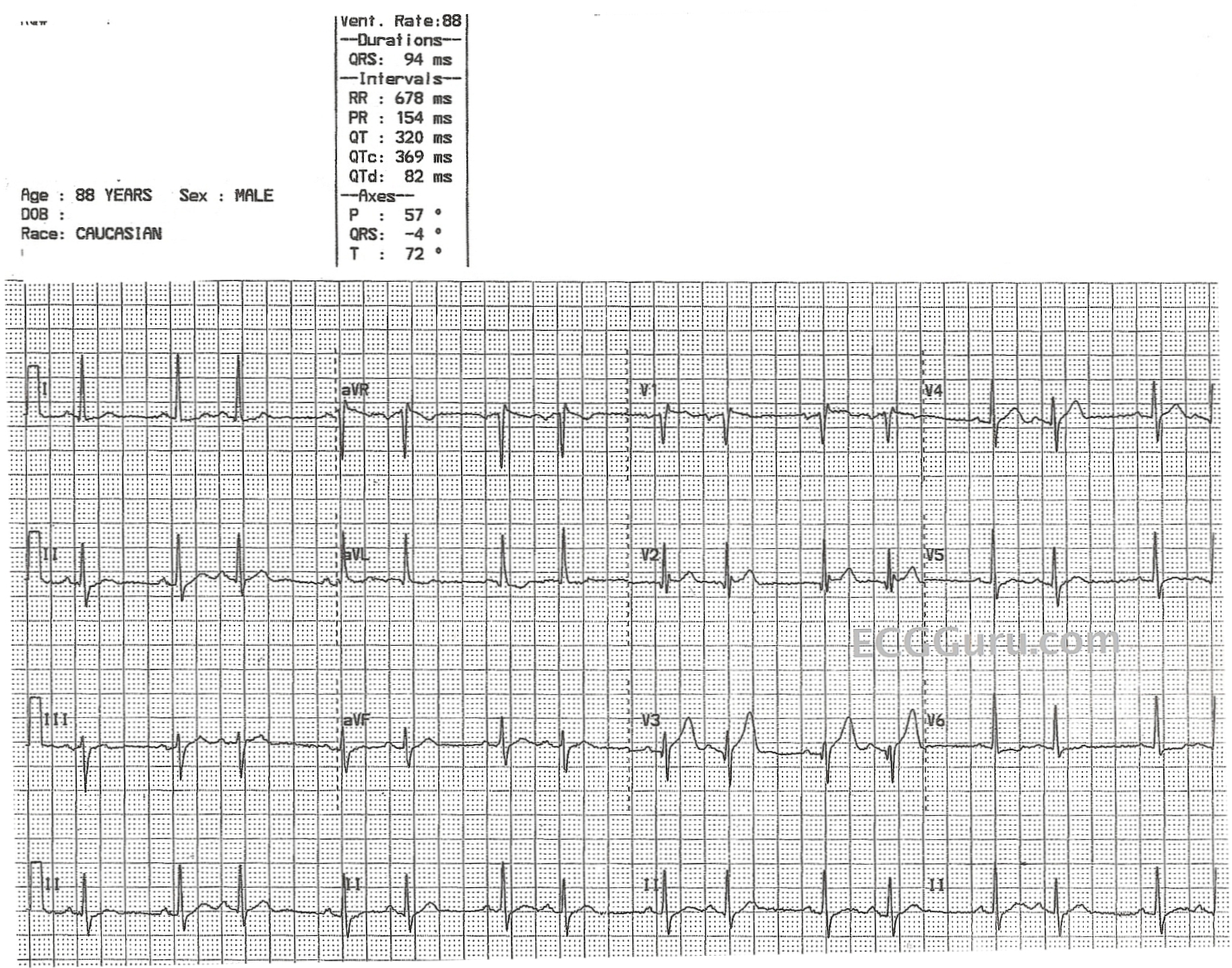 To continue a recent theme, we offer this ECG, which appears on quick glance to be an atrial bigeminy.  On closer inspection, we do not see ectopic P' waves in the second conducted beats of each pair.  In fact, the P waves look the same in both the first and second beats. However, if you look very closely (we enlarged the screen), you may notice that the second T wave of each pair is slightly larger with a slightly different morphology than the first T wave.  If this distortion of the second T waves represents a PAC, the PAC is non-conducted and concealed in the T wave. If that concealed P wave is able to penetrate and depolarize the sinus node, we might expect the sinus node to be reset, and the next P wave and QRS combination is right on time.

So, what looks like an "atrial bigeminy" might actually be an "atrial trigeminy" - albeit with non-conducted PACs.

Also notable is the subtle ST elevation in V1, V2, and V3, which should be evaluated with clinical data. Unfortunately, we do not have information about the patient.  Also, V2 and V3 do not represent normal or expected R wave progression.  The chest leads should have rS patterns, and they should progress from small r waves and deep S waves in V1 with gradually taller R waves and shorter S waves across the chest wall.  V6 should be, finally, all upright.  We suspect lead reversal between V2 and V3, or misplacement of the electrodes in general.  Also, the q waves in those leads seem misplaced, without the usual configuration of pathological Q waves in those leads.

We would love to hear your opinions about this interesting rhythm.